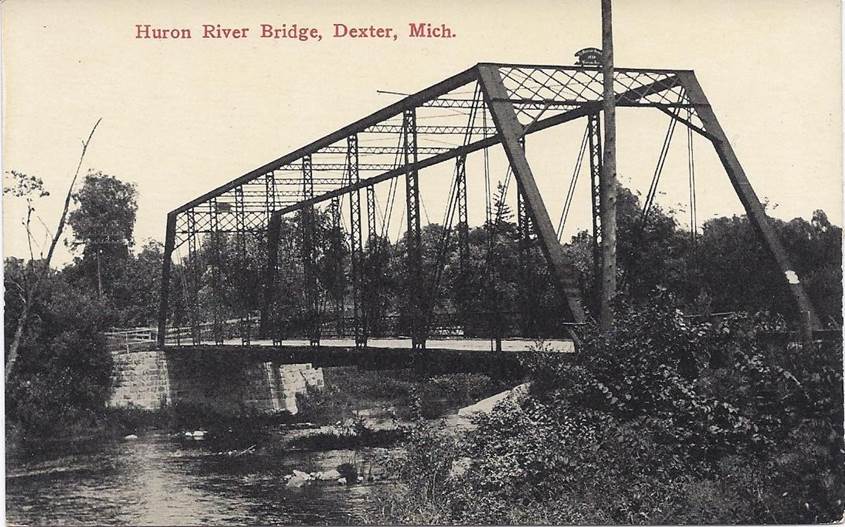 Huron River Bridge, Dexter, Mich. One mile below Portage Lake, Samuel Dexter, founder of Dexter, and Isaac Pomeroy, built a sawmill on the Huron River in 1832. Later a gristmill was added, and they formed the little settlement of Dover. When it was thriving, Dover had a church, hotel, store, blacksmith shop, and more than a dozen houses. But by the time the bridge was built, the settlement of Dover was diminishing. The Bridge was named after John Bell, a farmer whose land was close to the bridge. The bridge is an iron through-truss structure, patented by Thomas and Caleb Pratt. In 1992 it was hit by a drunk driver, eventually leading in 1997 to its being closed and removed to the riverbank, where it still sits. The bridge is currently on the National Register of Historic Places, one of only 5 surviving Pratt through-truss bridges in Michigan, 3 of which are in Washtenaw County. I believe this postcard to be of the Bell Road Bridge.