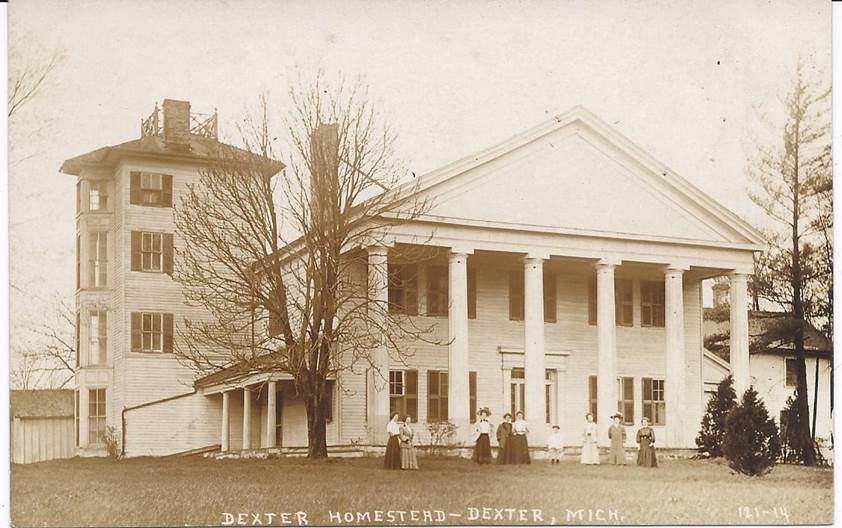 Dexter Homestead—Dexter, Mich., circa early 1900’s. In this the earliest view of Gordon Hall in my collection, you can see the four story tower on the left side of the house. It was added in the 1870’s and removed in the 1940’s when a wing similar to the original wing was built in its place. 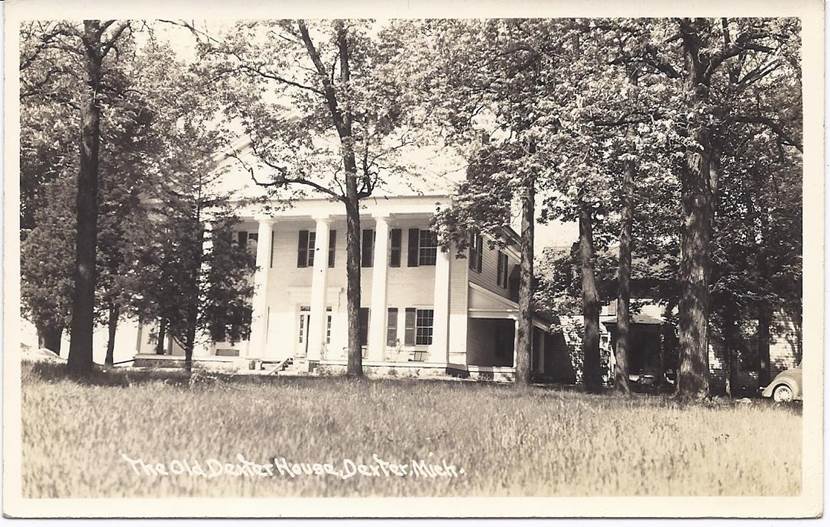 Judge Samuel Dexter had this magnificent Greek Revival home built just northwest of the mill pond in Dexter in the early 1840’s. Calvin Fillmore, President Millard Fillmore’s brother, designed and built the home. Judge Dexter named the home Gordon Hall, after his mother, Catherine Gordon of Boston. He didn’t slight his father, however. He named the town he founded after his father, Samuel Dexter.