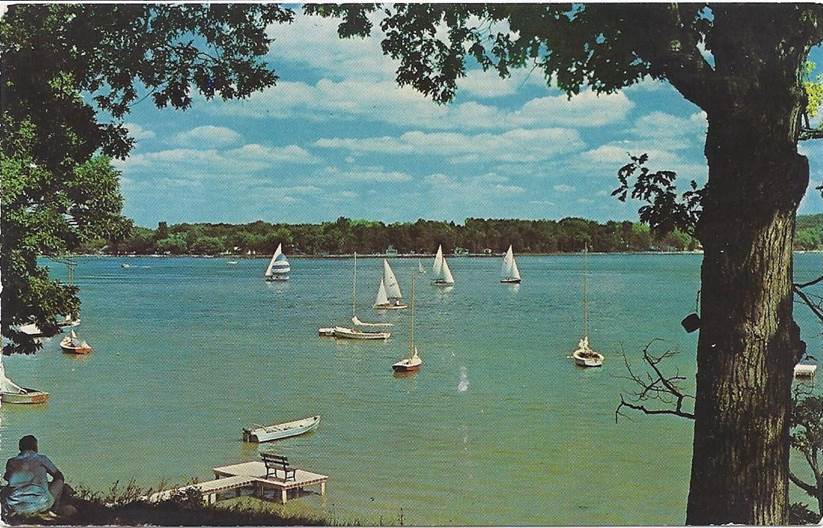 Caption on the back of card: PORTAGE LAKE Located just a few miles southeast of HELL between DEXTER and PINCKNEY, Michigan. The Huron-Portage Yacht Club fleet makes a magnificent sight as it rounds the last mark. Photo by Mary Gunn., circa 1960’s. Sailboat racing has been a big part of the lake scene on Portage Lake for many decades. This shot of one of their races is taken from The Bluff. The Yacht Club operated out of the facilities known in the 1960’s as Newport Beach Club. Races are still held twice weekly from Portage Yacht Club, in the same site on the south side of the lake the club began. 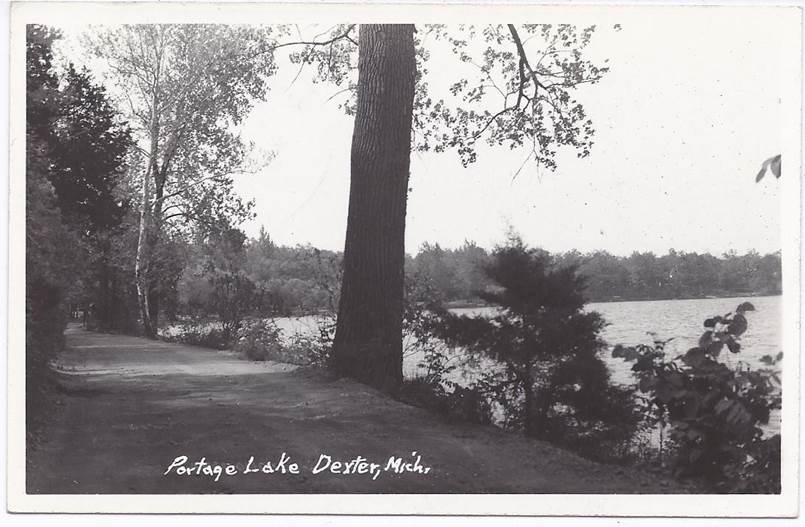 Portage Lake Dexter, Mich., postmarked 1948. This shot of Portage looks like it could be taken from the top of the Bluff, looking up the lake.

In the 1950’s the chrome postcard became the most popularly circulated postcard. The cards were usually color photographs, and often featured detailed captions on the back, address, side of the card.